The Storied History of Selkirk’s Parks: Part One 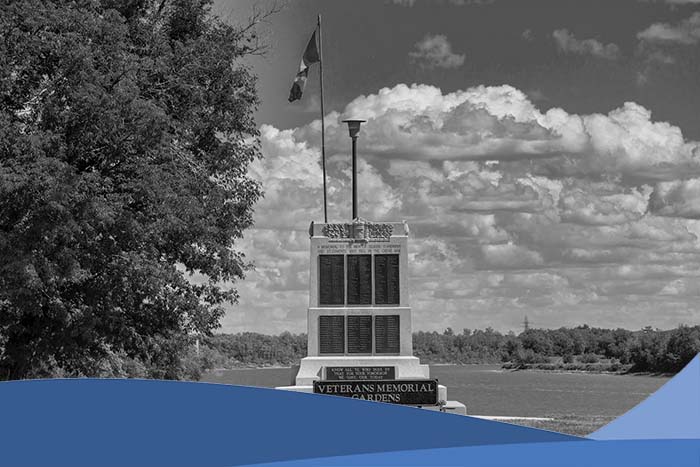 Selkirk is home to numerous beautiful parks that are the cornerstones of our city. These parks were not always used as a recreation space but have a storied history of the hardships, bravery, and innovations of a proud community.

Red Feather Farm located on 163 Edstan Place was home to the 108th Selkirk & Manitoba (Reinforcing) Battalion that was created in November 1915 under Lieutenant-Colonel G.H. Bradbury. The battalion went overseas to fight with 32 officers and 843 soldiers. Where the military barracks once stood, you’ll now find a park decorated with colourful flowers and a memorial dedicated to the men of the 108th battalion.

Red Feather Farm is not the only park to have ties to the First World War. Veterans Memorial Gardens located on 314 Eveline Street was the site of Manitoba’s first national fish hatchery. This hatchery was built in 1892 and was described as the largest in the dominion. At its peak in 1900, 32 million whitefish eggs were hatched from this facility. After closing in 1917, the building was converted into Selkirk’s Community Hall serving as the town’s main meeting place. Following the end of the First World War, a fundraising committee commissioned a memorial to be placed in this space dedicated to those who lost their lives in battle.

The stone monument is inscribed: “A memorial to the men of Selkirk, St. Andrews and St. Clements who fell in the Great War. Know all ye who pass by that for your tomorrow we gave our today.” The names of the dead are displayed on seven bronze plaques.

In 1959, the monument was expanded by adding a new stone to its centre so that the names of those who died in the Second World War and Korea could be added.

Following the horrors of the Second World War, a new wave of children were born.  A park we now call Murray Sinclair Park located at 301 Queen Ave was a result of it.  The Park was built in the mid 1950s by the Kinsmen Club of Selkirk to provide improved play opportunities.

In 2017 the park was officially named after the Honourable Senator Murray Sinclair. Sinclair has been a prominent figure in the Manitoba justice system for over 25 years and works to further Indigenous rights and reconciliation through advocacy, education, outreach, and mentorship.

Read about these parks and more on the Selkirk Museum Parks Exhibit.