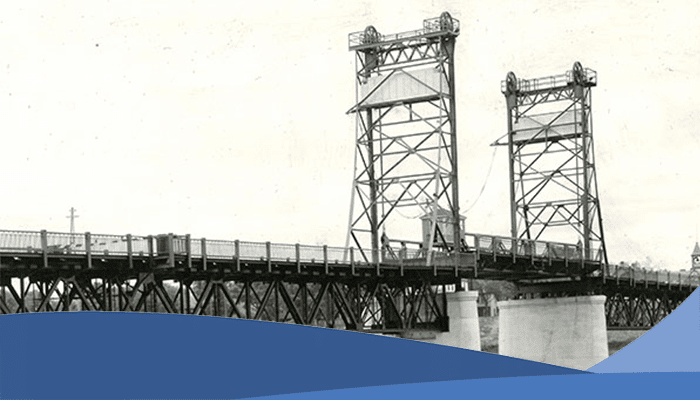 The financial chaos that was rocking Wall Street October 29, 1929 seemed to go unnoticed in Selkirk.  More than a week later, “The Weekly Record” published a brief article that chastised the foolish speculators who had been buy stocks on the margin.  It all seemed so remote, no one in town had any idea of the decade of depression ahead of them.

There was no sign that such catastrophe was near. In fact, Selkirk seemed to be riding a new wave of prosperity.  The CPR had just finished a new station, and several businesses underwent extensive renovations including the Merchant’s Hotel and Gibbs Drugstore.

In 1930 the Town of Selkirk bought its first two motorized fire engines. One was a hose truck and the other was a pumper. Their nicknames were “Jiggs” and “Maggie” after comic strip characters. Maggie has been restored and displayed at the Selkirk Fire Department and currently participates in events such as festivals, fairs, and parades throughout the province.

It was mid-1930 before the gloom began to take hold.  Selkirk’s biggest employers, the Manitoba Rolling Mills and the fishing companies stated to lay off men.  This tricked down on other industries in Selkirk.  Merchants grew accustomed to only a handful of patrons each day instead of dozens as before.  Garage owners had inventories of cars that they could not sell and tourists to the town had dwindled.

During these years some of Selkirk’s most historic buildings and landmarks were established.

It was 1935 when the Selkirk Bridge started construction as a “make work project”.  Once completed in 1936, it sat with its centre span raised for six months as Municipal, Provincial and Federal governments argued over who would maintain it.  In the spring of 1937, a frustrated citizen, Ed Maloney, climbed the tower and lowered the span by hand. Traffic streamed across! Officials scrambled to hold an official opening.

In 1939 Canada declared war on Germany. The war signalled the gradual return of prosperity after the long drought of depression.  Being an industrial town, Selkirk benefited for the new demand of war material.  The Manitoba Rolling Mills increased production and began to manufacture shell casing and the demand for clothing enabled Fairfield’s woolen mill to double its capacity.

The people of Selkirk responded to the war as if it was happening outside of their doors.  The military became a place where people felt a sense of belonging and were able to have stable jobs. A locally famous group dubbed “The Dufferin Gang” consisted of 35 men and women who lived in and around Dufferin Avenue all enlisted to fight in the Second World War together.

When the conflict ceased, Selkirk braced for the post-war depression that they felt would come.  Memories of the financial collapse that followed the Great War were still fresh.  Yet the expected fiasco never arrived.

The end of this war led to a baby boom and in 1945 the new number of residents living Selkirk was 5,400.  The growth in population occurred just as the town emerged from a cloud of debt that loomed over for decades.  Selkirk had sufficient funds for needed civic improvements and new farming merchants moved into town.  Selkirk marched ahead with new opportunities and a cautionary outlook for the future.

To read more about the upbringing of Selkirk check out “Selkirk Timeline – Bitter Lessons”.