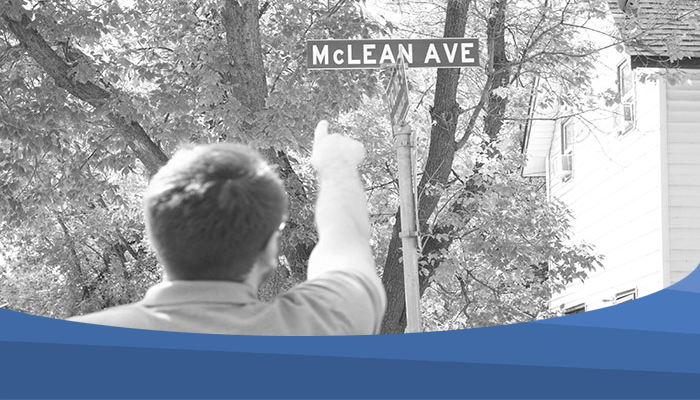 Have you ever wondered who the streets in Selkirk are named after? Well, wonder no more! Take yourself on a tour using our virtual Streets of Selkirk tour and learn all about the famous (and infamous) namesakes of Selkirk’s streets.

Follow the map for a stroll down Eveline Street and learn about namesakes like Alexander Morris, whom Morris Avenue is named after. Alexander Morris was Canada’s second Lieutenant-Governor and changed the development plan of Selkirk and all of Western Canada. Once you get to his street, click on his article on the tour to learn more about how he did it.

Further along in the tour, you’ll learn about Dr. John Christian Schultz (Schultz Avenue), whom many consider to be the villain in Selkirk’s creation story. Not an actual practitioner, it’s believed that John Christian Schultz illegally bought a medical license and ‘doctored’ the narrative so everyone would believe he really went to medical school. Selkirk was supposed to be the capital of Manitoba, but because of Schultz’ involvement, our capital city ended up being Winnipeg. Find out just how Schultz did it when you visit his street’s article along the tour.

Morris and Schultz are just two of the many interesting stories you’ll read on our Streets of Selkirk tour. Pull on your best walking shoes or hop on your bike to view and read about some of Selkirk’s most long-standing artifacts.