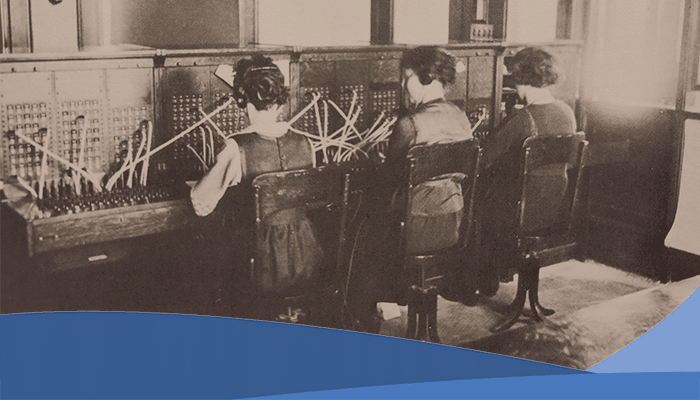 The year was 1911 and the Selkirk Board of Trade assembled at the Merchant’s Hotel for their ninth annual meeting.  Charles Roland, the commissioner of the Winnipeg Industrial Bureau gave the most stirring speech of the evening.  He said, “In order to obtain the results looked for, the helping hand must be extended by the community at large; and to be successful two things are necessary, cooperation and confidence in the future.”  This advance became the guiding principle behind every action as they led Selkirk away from the fishing fleets and into a new industrial era.

The ease of transportation and the growth of free rural mail delivery offered the Selkirk and district shopper greater selection and competitive prices.  Buyers were now equipment with an exciting new way of purchasing items, the Eaton’s Catalogue.

Local merchants weren’t happy with this new innovated way of purchasing goods and they believed that the problem would go away if they ignored it.  In time, some of the larger businesses in town such of Robinson’s, Bullock’s and Shepard and Peers did run sale advertisements in Record.  It was the first of its kind in Selkirk and gradually the newspaper dedicated much of its space for new mechanise ads and weekly sales.

Retail wasn’t the only industry going through change at that time.  Perhaps the biggest industrial project for Selkirk ever, the Manitoba Rolling Mills was built in 1914.  This brought Selkirk’s most rapid residential development in its history. It basically shifted the town’s centre of gravity to the south overnight.

As the Manitoba Rolling Mills was nearing it’s opening, on August 4, 1914, Great Britain formally declared war on Germany bring Canada into the conflict.

There was no shortage of volunteers in Selkirk to enlist.  In 1915 a local battalion the 108th was formed under the command of Lieutenant-Colonel G. H. Bradbury.  This battalion was stationed at W. L. Parrish’s Red Feather Farm.

The glories of war tarnished quickly as the lists of casualties began to pour in. H. R. Gilhuly became the first Selkirk boy to die in action.  Before the conflict was over, 156 Selkirk and district boys were dead.

While the war was over, it’s effect lingered, casting a heavy cloud over the town.  The Manitoba Rolling Mills and the Manitoba Foundry found their orders falling off and had no choice but to lay off employees.  The fishing industry also went though stress due to falling prices.

In 1919 the Winnipeg General Strike added fear that the same thing might happen in Selkirk.  The newly organized Great War Veterans Association agreed to maintain law and order if local conditions deteriorated.   No one could recall a period of similar unrest and economic instability.

Fortunately, this period of depression did not last much beyond 1923.  New businesses like the General Utility Company and Western Chemical Company opened offices and factories.

In 1920 the Manitoba Rolling Mills were bought by The Manitoba Bridge and Engineering Company. Soon after that 2,000 tons of bar iron was being constructed each month from scrap steel for global markets.  The contribution of the Mills to the welfare of the town remained large throughout the 1920s.

Rapid and substantial growth never came easily to a small town with little more to offer than glowing self-confidence.  It was Selkirk’s progressive leaders that had successfully courted these industrial giants with a limited a dowry.

To read more about Selkirk’s industrial ear, head over to the Selkirk Timeline – New Industrial Era.