Lady Selkirk – A Woman with Her Own Story 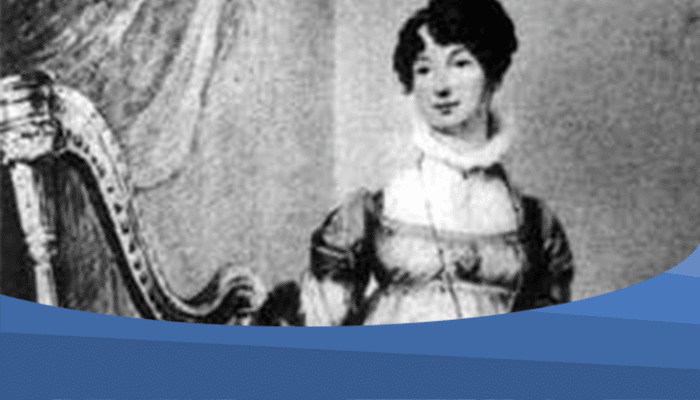 Lady Selkirk has often been hidden from history because of her well known and more researched husband, Thomas Douglas, 5th Earl of Selkirk. Not many people know about Lady Selkirk and her story because she didn’t have much part in the establishment of the Red River Settlement. So, let’s take a look at the life and history of Lady Selkirk.

Jean Wedderburn was born in Edinburgh in 1768 into an upper-class Scottish family. In school she learned how to play the harp and piano, speak French, and art. It is believed that Jean Wedderburn and Lord Selkirk met while she was in London in the autumn of 1807. They were married not long after they met. She gave birth to their first son and heir on April 22, 1809.

After migrating to Canada in 1815, life was very different from the one she left back in Scotland. While her husband led soldiers to what is now Manitoba, Lady Selkirk worked for the Hudson’s Bay Company. She was involved with regulation conflicts between the Hudson’s Bay Company and its competition, the North West Company. Lady Selkirk dedicated herself to ensure her husband would succeed in his business while also raising three children. In addition to this, she managed her brother’s affairs with the fur trade while he was in London.

For example, she came to her husband’s rescue in the spring of 1817. Lord Selkirk had a warrant out for his arrest by the North West Company for resisting another warrant the year prior. She advised her husband to be obedient and follow the rules no matter how unjust they seemed. However, she always had her husbands back. In one letter she goes as far as to call the North West Company “villains.” In 1817, she organised the canoe brigades which ultimately put the Hudson’s Bay Company back in power at the settlement.

In late 1818, Lord Selkirk returned to England due to sickness and the inability to travel. Lady Selkirk remained in Montreal but followed her husband with her three children in 1819. Shortly after their arrival the family went to the Mediterranean on doctor’s orders. Lord Selkirk died on April 8th, 1820.

With her own career established, the death of Lord Selkirk did not mark the end of Lady Selkirk’s work within the fur trade and Red River. Lady Selkirk’s brother, Andrew Colvile established The Buffalo Wool Company in 1820 within Red River in order to provide an exportable commodity. Unfortunately, buffalo wool (made out of the hair on buffalo hide) did not take off. Lady Selkirk attempted to make the product a success by talking with Scottish wool manufacturers. She tried to start a fashion trend, but the product was too scratchy to stick.

Lady Selkirk lived a long life of 85 years, passing in 1871. As an Upper Class woman her roles as both an involved mother and vibrant career woman were uncommon, but not unheard of during the early 19th Century. Today, she lies in a cemetery in south-west Scotland. Moving from an upper-class lifestyle to a working wife and mother of three would not have been an easy task.

Lady Selkirk and the Fur Trade – The Manitoba Historical Society

Click HERE to read about other women in history