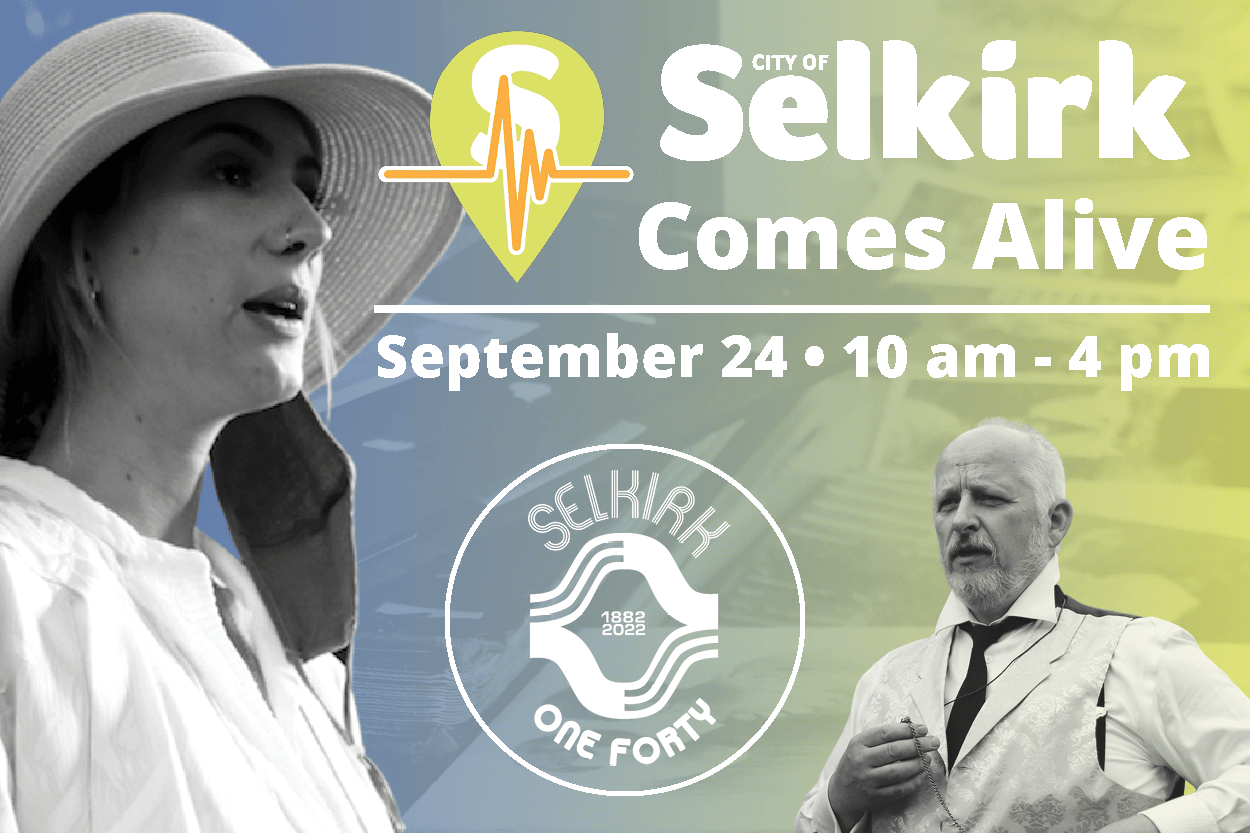 We here at Selkirk Museum have created virtual exhibits to accompany each historical presentation at our second annual Selkirk Comes Alive event, which takes place on September 24, 2022.

We want to thank those who have helped us bring these stories to life, and we are honoured to represent these characters who speak to Selkirk’s rich history.

Please view the exhibits listed below for a comprehensive look into some of Selkirk’s most significant historical figures.

“William Charles (Chuck) Lawrence Norquay was born in 1955
and lived his whole life in Selkirk. Chuck’s love for fishing began at an early
age, and it quickly became his life. In 1985, Chuck took a chance and contacted
the well-known American TV fishing personality, Babe Winkelman, which caused
Selkirk to earn the title, “Catfish Capital of the World.” He then became a
popular choice for a fishing guide, attracting people from across the country
and the United States. Chuck had an infectious love for life and built a
community around what he loved most – fishing.”

“Robert Smith was born in Coatbridge, Scotland in 1880. As a young man, Smith entered the steel industry, starting at the United States Steel Corporation in Erie, Pennsylvania and then later, in 1922 he moved to Selkirk where he became the General Manager of the Manitoba Rolling Mills. Smith is most known for his quiet generosity, offering food and financial help through the 1920s and 1930s. He paid for his workers’ light bills, fuel, and work supplies. He ensured his employees had good Christmases, and even funded retirement pensions and funeral costs. Smith was elected Mayor of Selkirk from 1936-1937 where he donated his salary to charity. He died in his Selkirk home in February of 1944. He is commemorated by the Robert Smith school in Selkirk.”

“The Soul’s Journey (Friesen Press, 2021) describes the lives of Piotr (Peter) and Wladyslawa (Gladys) Grabowski, both former prisoners of war, who would abandon their dream of returning home to war-torn Poland so that their children could live a better life in Selkirk, Manitoba, Canada. In 1950, Peter had to precede his family, and then ten months later, Gladys, without a word of English, alone with two preschoolers and one baby still in arms, endured an ocean voyage followed by a cross-country train trip to reunite with her husband. The Grabowski family would begin their new life on Dufferin Avenue before moving to 224 McLean. They would soon discover that for a Polish refugee, Selkirk, Manitoba in the 1950’s and 60’s would be in many ways more familiar than foreign. “It was the right move and, for us, the best house in the best town to call home.” (p.57)”

“The Selkirk Fire Brigade was formed in 1897 following two devastating fires where 20 buildings burned to the ground. The volunteer fire brigade consisted of 12-15 men and a horse drawn chemical engine. Three years later, the chemical wagon was replaced with a Watrous engine complete with 1500 ft of hose. The Fire Hall was situated on the corner of Eveline and Eaton, where the Civic Centre is now. The first motorized fire engines appeared in 1930 – with the arrival of “Maggie” and “Jigs” the 1929 Chevy hose truck and pumper. In 1928 the Fire Hall moved to Main Street into a converted Catholic mission house where it stayed for the next 35 years. Following this, the Fire Hall moved back on Eaton Ave where it is currently.”

“Selkirk’s first indoor arena, known as the Alexandra Rink, was constructed on Fox Avenue in 1907. Following the Second World War, the town felt pressure to provide quality sports and recreation services for the community. The plan to build a new facility was put into motion. The arena was built with large, heavy, laminated beams which allowed for an unobstructed view of the ice from anywhere inside the arena. By 1949 the Selkirk Arena officially opened. A series of minor renovations in the 1950s revealed that the building was structurally unsound. Since then, much debate has circulated over repairing the Barn or tearing it down. At present, there are plans to demolish the Barn in the future and build a new multi-purpose recreational facility.”