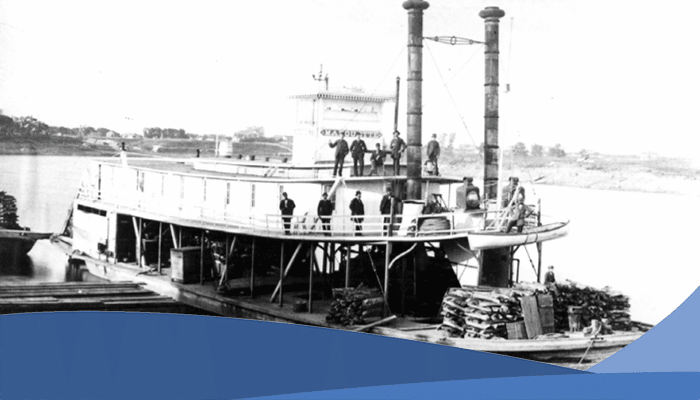 By 1884, Selkirk, Manitoba had turned from a map dot into a booming little town on the banks of the Red River. New businesses began popping up all over, like the Manitoba Asylum (now known as the Selkirk Mental Health Centre) which was headed by Dr. David Young, the first Merchant’s Hotel built by John Christian Schultz.

In 1886, F.W. Colcleugh, cousin and rival of Selkirk’s founder James Colcleugh, became the town’s second mayor. Under mysterious circumstances, James Colcleugh disappeared from Selkirk in 1890 and later popped up in Winnipeg.

Because Selkirk is on the banks of a river and so close to the mouth of Lake Winnipeg, numerous fishing companies and hatcheries were founded in Selkirk between 1884 and 1910. How many can you count while reading through the timeline? We’ll give you a hint: it’s more than 3…

During this time, Selkirk also saw the creation of many social clubs and organizations, like the Selkirk Curling Club, the Selkirk Literacy Association, and the Carnegie Library.

By 1909, Selkirk stopped obtaining water from the Red River and built the town’s first-ever water tower, which pulled water from an artesian well. Check out the timeline to see what it looked like back then!

1884 to 1910 were huge years for Selkirk’s development as a town. To read more about what made Selkirk such an interesting place to live during that time, head to the section of our timeline: Head of Inland Navigation (1884-1910).